www.dragonbreathpress.com
Two books to start your year off with a bang for only 99 cents each on Kindle!
Homegrown Healer 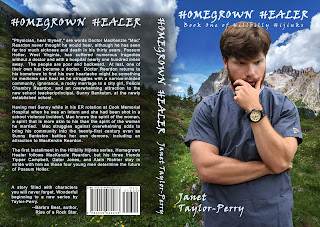 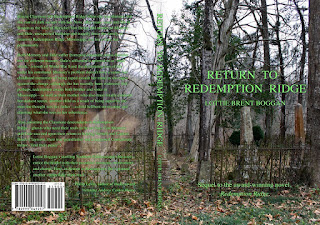 
Posted by Author Janet Taylor-Perry at 6:57 PM No comments:

Today has bee especially hard for me. It has been twelve years since I lost Santa Claus. It still seems like yesterday when I think about Uncle Bill. So, in honor of a man who epitomized the spirit of Christmas, I share the following story--every word true. 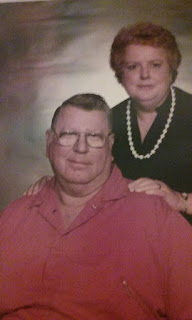 What do you do when not once, but twice, one of your three-year-olds makes a proclamation to shatter other children's illusions after an epiphany regarding Santa Claus? You laugh; otherwise, you'll cry. It is so NOT funny.
Both my eldest son and my only daughter provided me with two memorable Christmas experiences by such actions.
When my eldest son (I have four.) was three, his father and my now ex-husband felt believing in Santa Claus would warp the children's perception of God. He took it upon himself to tell our three-year-old son the story of St. Nicholas to explain why we exchange gifts in an attempt to honor a man who gave to the needy. The story of St. Nicholas is heartwarming and real, but not to a three-year-old.
Therefore, when at Mimi and Papaw's house for Christmas, our son proclaimed to his four-year-old cousin, "Santa Claus is dead," childhood illusions were shattered. My husband's brother hit the ceiling because he wasn't ready for his daughter to know the truth. In addition, the grandparents were devastated by the turmoil at their Christmas celebration. But wounded feelings healed, and life went on.
By the time my daughter (third child) was three, my former husband still refused to celebrate Santa Claus, but not so vocally. Although he refused to participate, he turned a blind eye to my attempts to give my children a normal childhood.
My efforts were aided by my aunt and uncle. Uncle Bill was a big man, six-foot-four and three hundred pounds. After he retired, he played Santa in the mall in Laurel, Mississippi, every year. He had no need for padding. My ex often would not go with us to see my family at Christmas. Capitalizing on his absence, I took my four children to the mall to see Santa Claus.
I was expecting number five, and number four was too young to understand. The two older boys understood about Santa, and they knew the man in the mall was Uncle Bill. My daughter was still unsure about the whole situation, but she was afraid to sit on Santa's lap. Her two big brothers sat on his lap, causing her to become brave. The eldest held her hand to go up to Santa. With uncertainty, she climbed onto the man's lap.
With a jolly chuckle as the line for Santa visits and pictures grew, Santa said, "Ho, ho, ho! What do you want for Christmas, little girl?"
Like lightning the epiphany struck! Perhaps the costume deceived my daughter, but not the voice.
With great indignation, she placed her hands on her hips and shrieked so that every child in the mall could hear, "You are not Santa! You're Uncle Bill!"
She jumped down and stalked off, angry at having been tricked. All around, parents grumbled, and children mumbled. My daughter's proclamation of her epiphany regarding Santa shattered childhood illusions.
I wanted to sink into the floor, but by the time we loaded into the car, I was laughing. It was so NOT funny, all I could do was laugh.
Twelve years later, Uncle Bill died a few days before Christmas. Viewing him in his coffin, my son's proclamation came to mind. "Santa Claus is dead."  Then, I thought again. Santa Claus could never be dead for Uncle Bill had shown the same Christian charity as St. Nicholas. The spirit of Santa Claus lives even in the hearts of children who had an epiphany and made a proclamation to shatter illusions.

Posted by Author Janet Taylor-Perry at 4:36 PM No comments:

The Twelve Days of Christmas--Well, Almost

Since a Kindle Countdown can only be for seven days, twelve is not an option. But for your holiday enjoyment, pick up a book from Dragon Breath Press, Kindle editions for only 99 cents for a week, beginning today, Friday the 13th. Who said it was unlucky? Your luck is what you make it, so make it fantastic with a gift for yourself or someone else.

And look for more deals to launch your new year! 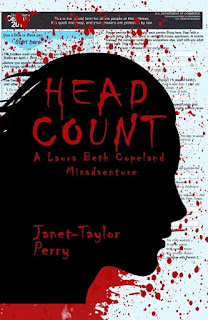 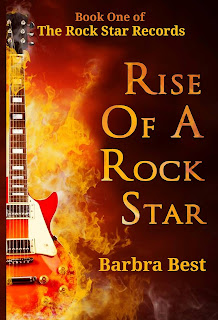 Posted by Author Janet Taylor-Perry at 12:21 PM No comments:

The Raifords are still filling Christmas wishes. Beginning tomorrow in honor of FRIDAY 13th, all Raiford Chronicles will be 99 cents for one week on Kindle. (Pic is 4 years old.) 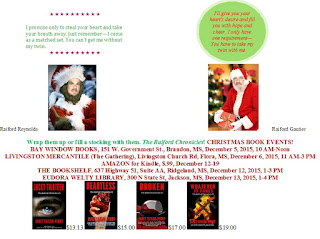 Posted by Author Janet Taylor-Perry at 10:33 AM No comments:

Latrice Decartes, 43, died violently as an intended victim emptied a police side arm into her in an act of self-defense.
Authorities and doctors remain baffled about what made Ms Descartes, a decorated military officer, snap and venture into a foray of murder and black magic, although the U.S. government disavows any knowledge of any covert operations the woman might have been involved in.
Ms. Descartes is survived by her parents, though her father proclaimed that he disowned her, and her mother has not been found.
Ms. Descartes had been ruled criminally insane was was in transport to a long-term mental health facility when she escaped, killing her escorts and then seeking for finish her sacrifice to summon a demon she went to the home of the last woman she abducted. Her intended target killed her with Detective Raiford Reynolds's gun. Detective Reynolds himself lies in a coma after Ms. Descartes stabbed him repeatedly.
No arrangements have been made.
To read more about the circumstances surrounding Ms.Descartes demise, read, Lucky Thirteen available on Amazon at http://amzn.to/1ld8grm 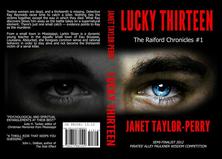 Posted by Author Janet Taylor-Perry at 8:03 PM No comments: 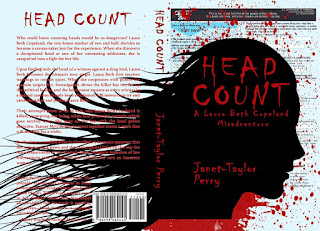 Very little is known about this man who apparently died in a fiery plane crash in the Amazon Rain Forest.

Marin is thought to be a cold-blooded assassin responsible for the deaths of a number of federal witnesses against a drug lord, as well as several innocent people who stood in his way.

Military records show that the man was a decorated veteran and served his country in many black ops endeavors. He was a master martial artist and proficient with katana--the weapon used in all the previously mentioned deaths.

Diego Marin was an orphan raised by nuns in Texas. He has no survivors.

The spouse of one of his victims was heard to say, "It just shows that no one can escape death."

But one must question...Did he? 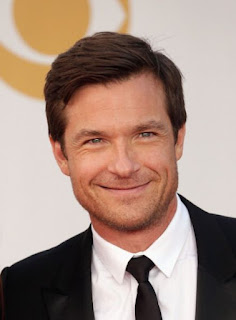 Dr. Bruce Copeland died tragically at his home on May 21, the apparent victim of a botched assassination attempt on his wife, who recently discovered the decapitated head of Consuela Garcia-Perez, a witness in a federal case against a drug lord with a Mexican cartel.
Witnesses say that Dr. Copeland opted to return the rental car his wife had been using after an auto accident rather than risking any danger to her and their unborn child. When the doctor got into the car, it exploded.
A devoted oncologist and family man, Dr. Copeland will be greatly missed.
After receiving his medical degree from University Medical Center, Dr. Copeland set up a satellite clinic in Sunrise, Mississippi, to be closer to patients who might have difficulty traveling to Jackson.
Dr. Copeland is survived by his pregnant wife, Laura Beth nee Riker, two young daughters, his parents, and a sister and her husband and children.
Arrangements are on hold since his family has been taken into protective custody until a sadistic killer can be apprehended. Authorities ask that any information relating to the case be routed to FBI Special Agent Ed Pickering via Sunrise Police Department and Detective Sergeant Tanner McGill.
For more information regarding this case, please read Head Count, by Janet Taylor-Perry.
janettaylorperry.com